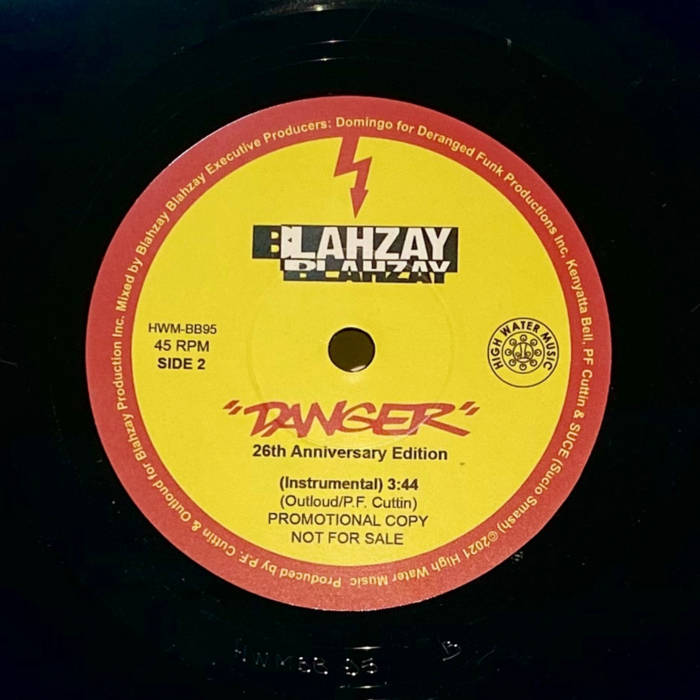 Back in 1993 one of the 5 Deadly Venoms of Brooklyn, P.F. Cuttin', cooked up one of the hardests beats in Hip Hop. Released 2 years later on September 19, 1995 with his partner Outloud as Blahzay Blahzay, Danger went on to become one of the biggest records of the year, and a staple at jams worldwide. Fast Forward 26 years later, what was meant as an anthem to their East New York neighborhood of Brooklyn remains as the anthem to a whole coast.

Meant to be released last year for it's 25th Anniversary (thank you Covid!) this 7inch marks the first time Danger is released on 45 including the classic Instrumental on the B-Side. We couldn't wait until September to share this with you so here it is, we hope you enjoy this 26th Anniversary limited pressing. For those who pay attention and are Hip Hop nerds like us, you might've noticed how we flipped the original promo sticker from '95 for the art to this special release.